I’ve been practicing having discussions to a conclusion and addressing all outstanding criticisms. On of the reasons why my position on animal-sentience is strong is that I address criticism. That way, my position becomes more and more ‘battle-tested’, if you will.

Due to its character limit and inadequate quoting mechanisms, Twitter is horrible for discussing. On the other hand, it has the advantage of being a big social network with diverse viewpoints, so sooner or later you’ll find yourself discussing on there. Because Twitter threads are trees, and since, due to the character limit, trees can branch out quickly, Twitter discussions can become unwieldy. That means it’s easily possible to lose track of certain branches and never see some outstanding criticism.

The open-source tool Treeverse can help with that. It visualizes your thread as an expandable tree, helping you identify branches you may want to follow up on. It’s a bit buggy sometimes but helpful overall.

For example, this is my expanded tree on the topic of animal sentience: 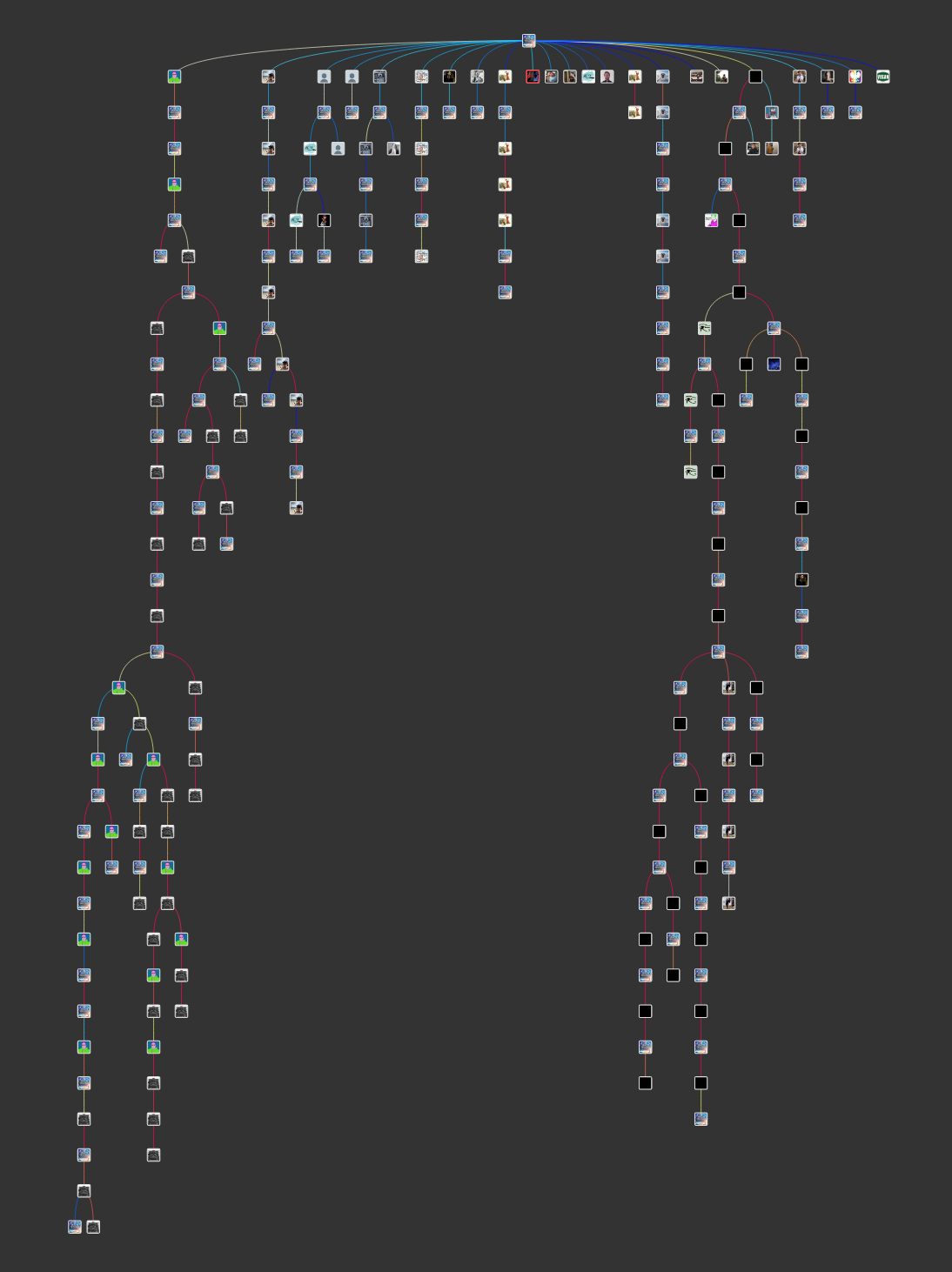 You can view the tree interactively here.

(In reality, the tree is much, much larger than what is pictured above. I had a long discussion with @AstralKing7 but he has since blocked me so our exchange doesn’t show in the tree. In your view of the tree our exchange may show.)

The tree started with a tweet I wrote in response to Dawkins. He had tweeted:

But pain’s Darwinian purpose is warning: “Don’t do that again. Next time it might kill you.” So perhaps the more intelligent the species the less pain needed to ram warning home. Animals might suffer more than us.

Doubtful animals suffer at all given how algorithmic they are: https://blog.dennishackethal.com/posts/buggy-dogs

My tweet got many views and responses because Dawkins has lots of followers and I commented on his tweet fairly quickly.

At the time of writing this blog post, I could detect no outstanding criticisms in the tree. (That includes the subtree with @AstralKing7, which I checked before he blocked me, albeit manually, without using Treeverse.) As a rule of thumb, to detect outstanding criticism, I expand the entire tree as far as it goes and look for leaves that don’t have my profile picture. I also sample branches at various points.

In larger discussions like this, especially when you have a position that’s contrary to what most people believe, you will repeatedly get the same (or at least similar) criticisms. Even if you already know how to refute them, that can get tiring, so it’s helpful to have your thoughts written out beforehand. I like writing collections of such responses to common criticisms (and also questions) in the form of FAQs. So far I’ve written an animal-sentience FAQ and also a libertarian FAQ, which was co-authored by Logan Chipkin. They contain linkable sections, allowing me to easily refer people to specific responses.

EDIT 2022-01-02: I made slight changes to the wording around Dawkins’ and my tweet and linked to them instead of embedding them.